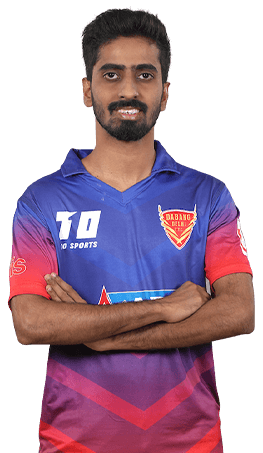 Sathiyan is India’s highest-ever ranked table tennis player. He has to his name the 2018 Asian Games Bronze Medal in the team event, a Gold and Silver Medal at the 2018 Commonwealth Games in the team and men’s doubles events, and a Bronze in the mixed doubles at the same event. He recently qualified for the ITTF World Cup to be held in Chengdu this year and was the first Indian along with Amalraj Anthony to reach the semi-finals of an ITTF Platinum event in men’s doubles. He is the captain of the reigning champs, leading them to victory in Season 2.